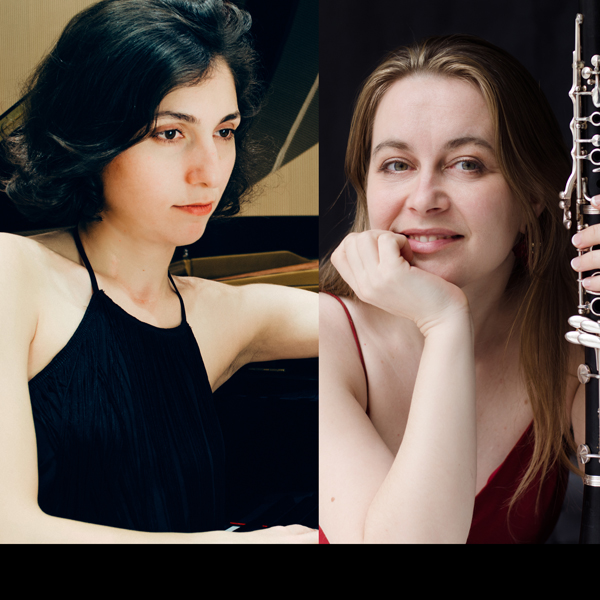 "Chosen by the clarinet", Transylvanian born Hungarian American clarinetist, Monika Woods was noted for her "tender and insightful playing" and "exquisite musicianship" in a review in Cape Cod Times by Keith Powers which also stated "her soft passages sounded like whispers, and when she played with force, it was with complete confidence".

But how did this performer, teacher come to be?

It's seems unlikely that a girl (now a First Place winner of the Cape Cod Symphony's Soloist Competition) from the secluded crevices of the land-locked mountains of Transylvania (a Hungarian enclave within present-day Romania) would find her niche as a US citizen amidst the salty air of the Cape, but it happened.

Perhaps it's because the wind blowing through the marsh grass of Paine's Creek so clearly echoes the gentle fields of the Transylvanian plains.

As a natural gesturalist and born educator, the strains of Béla Bartók caught the ear of Monika Woods (Veress) at an early age and so she inherited the music bug. Soon after she attended a High School for the Arts.

Diligent undergraduate study in clarinet performance earned her a prestigious spot at the "Gh. Dima" Music Academy in Cluj-Napoca, Romania, where she graduated with high honors and a Masters in Stylistics of Clarinet Performance. During that time she also taught clarinet in the local high school of music and dialogue with students further opened her mind and ears to the wonderful subtleties of the instrument, her nurturing but rigorous teaching style earning high marks with students.

An adventurer and dedicated lover of lilting melodies, soon she was playing Mozart duets on the streets of Provincetown on days off between summer-abroad jobs, and soon after that performing at art exhibits, benefit concerts, Cape churches, and as a featured clarinet soloist with the Chatham Chorale, and Cape Cod Symphony.

Monika was featured as a guest artist by Cape Symphony and became the 2013 New England Concerto Competition First Prize winner. In 2013 Monika had the great honor to be invited to play clarinet for president of Hungary, Janos Ader on his first visit to Boston.

Monika offers private music lessons on Cape Cod for all ages. With new learners she incorporates Kodaly's philosophy of teaching with a child centered educational approach. In her music lessons she combines traditional teaching techniques with the use of audio and video recording.

Ana Glig (a.k.a. Gligvashvili) is an award-winning Georgian-American pianist, praised by Musical America for her ability to “capture hearts.” Glig has performed widely in the United States as well as Europe, including her native Georgia. As an orchestra soloist Glig debuted with Tchaikovsky Piano Concerto with Rishon LeZion and Evgeni Mikeladze Symphonic Orchestras, in Israel and Georgia.

Her playing is noticed for sensitivity, depth of interpretation and ability to connect music through various thematic concepts and medias. She has recently released her album ‘Reminiscences.’Based on the concept of homesickness and inspired by Western and Eastern European Music, the ‘Reminiscences’ serve as Glig's artistic endeavor to portray the world of an immigrant with underlying themes of separation, growth and longing for home. Ana Glig holds a Master’s degree in piano performance from Mannes School of Music, The New School and an advanced certificate in piano performance and pedagogy from NYU Steinhardt, New York University.